Today VNDC and TomoChain officially launch a strategic partnership to boost and develop decentralized finance (Defi) for the Vietnamese community.

Sharing a vision of building an open decentralized financial platform for Vietnamese people, today VNDC and TomoChain officially announced a strategic partnership with the aim of co-creating new financial products to solve existing problems as well as expanding the blockchain community in Vietnam.

VNDC has over 500,000 active users and this partnership will help users store, trade, buy, sell, and swap $TOMO token via their VNDC Wallet. Moreover, users can now earn up to 3% interest per year via the Staking Daily program when storing $TOMO in VNDC Wallet, paid out daily. 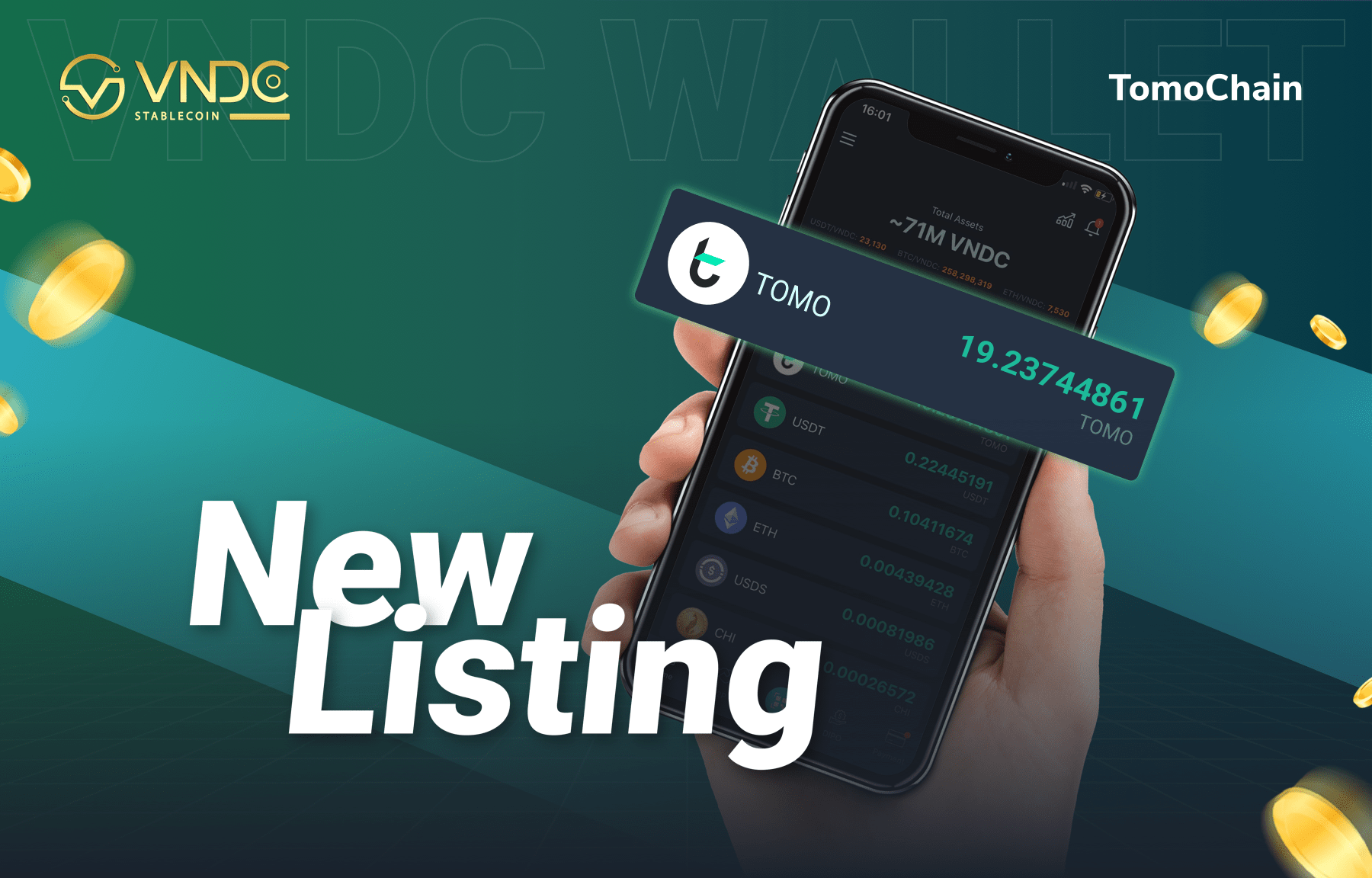 Besides, VNDC has also built the smart contract Wrapped VNDC token on the TRC21 platform that is developed by TomoChain. TomoChain also listed VNDC on TomoDEX, the decentralized exchange on TomoX, and operated by TomoChain. From now on, users will be able to start trading VNDC/TOMO pair, and TomoDEX will also allow USDT/VNDC, TOMO/VNDC and BTC/VNDC transactions shortly.

To join TomoDEX, VNDC users can convert VNDC (ERC20) to Wrapped VNDC (TRC21) through the TomoBrige portal with the constant equivalent value of 1:1. Detailed trading instructions can be found here.

TomoChain is a scalable blockchain-powered via the advanced Proof-of-Stake Voting consensus and used commercially by companies globally. Our mission is to accelerate the onboarding of millions of users by empowering today’s applications with technology that masks the friction of blockchain, all while retaining its underlying benefits.

VNDC stablecoin is powered by blockchain technology on ERC-20 standard Ethereum platform and BEP-2.0 standard Binance Chain and currently ranks 2nd in the amount of stablecoin holders in Ethereum network. The VNDC’s value is always on par with Vietnamese fiat currency (1 VNDC = 1 VND) and is backed 100% in VND.

The vision that becomes an open financial platform based on VNDC Stablecoin for the Vietnam community in the world. At present, VNDC Wallet has well over 500,000 active users, most come from Vietnam.