With the goal of providing a more comprehensive view of VNDC’s performance, our team publishes the VNDC Wallet monthly report with detailed statistics on each indicator and activity. This is also one of the critical bases for investors holding VIDB to evaluate the assets they own. 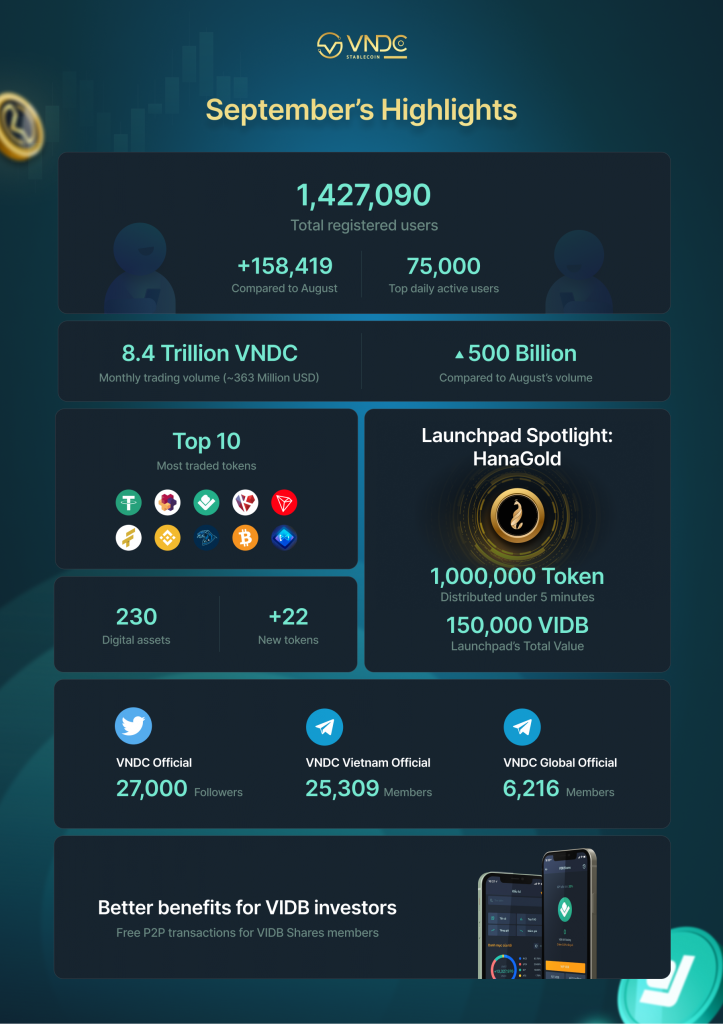 In September 2021, VNDC has shown some excellent notices:

Thus, last September was a month of solid growth for VNDC Wallet, both in terms of core products and media coverage, steadily establishing a firm basis in Vietnam and expanding worldwide.

VNDC hopes to continue to receive companionship and valuable contributions from users in the coming months to make the ecosystem better and better.

bachdq The world is full of opportunities, so always remember to stay hydrated.